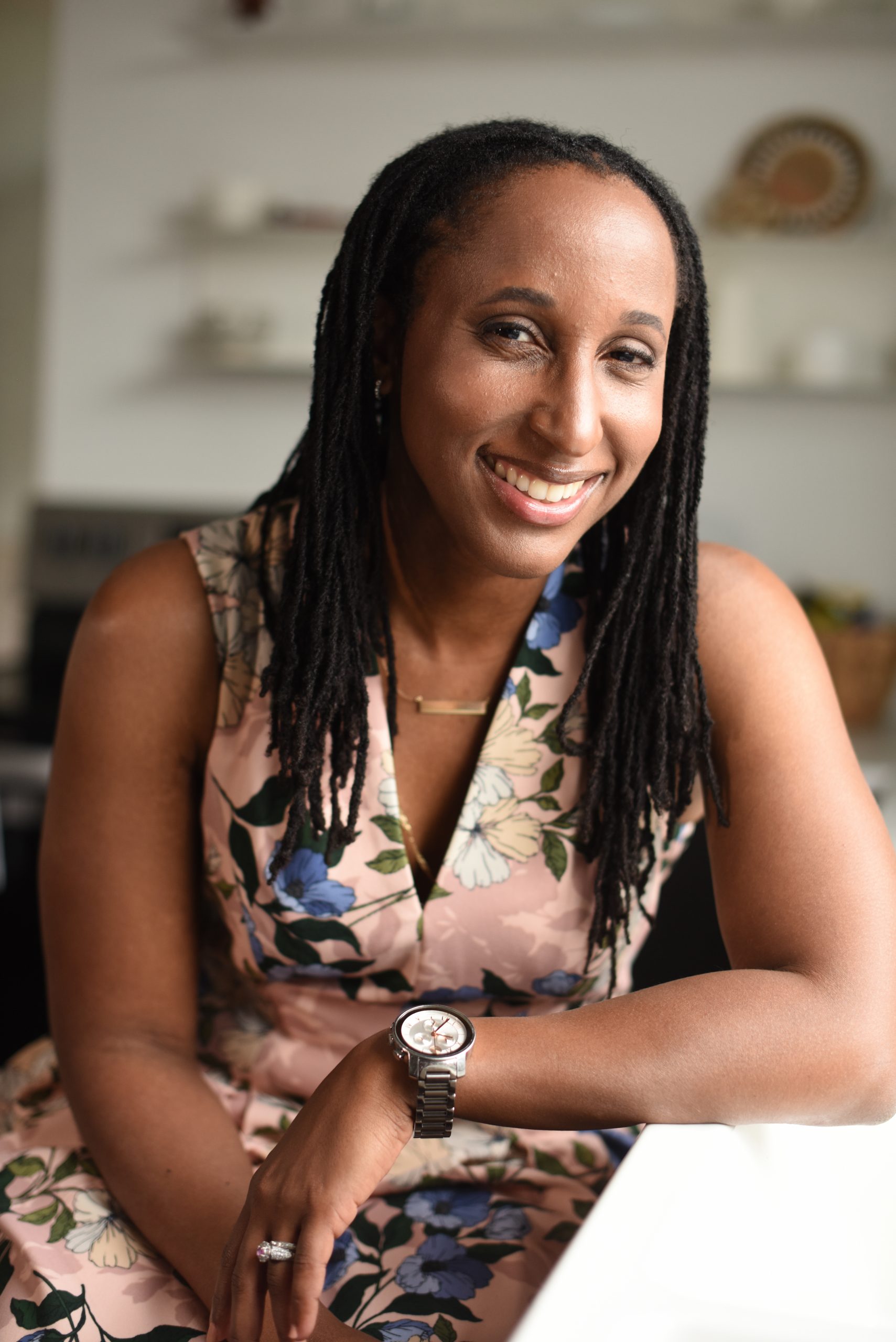 Time to learn how to invest once and for all!
AND finally have the life you deserve …

I'm ready to invest!
As seen on: 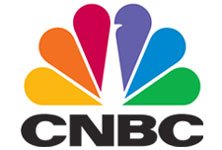 Does this Sound Familiar?
“I’m Smart. Capable. So why do I feel like a hamster on the wheel when it comes to investment decisions?” 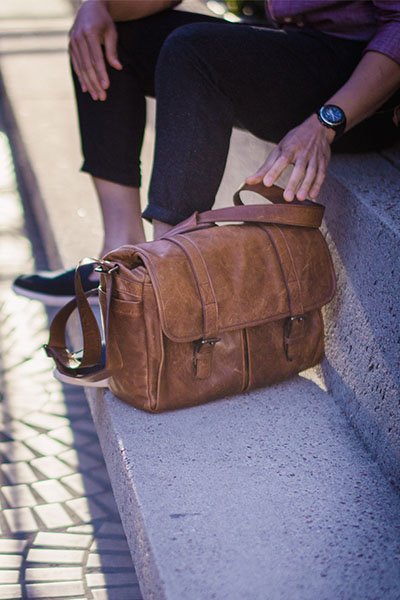 It’s not that you don’t think it’s important.

You just can’t seem to actually get it done.

Maybe you’ve tried starting investing by googling it. But after chasing the meaning of the words you didn’t understand, you found yourself 50 tabs deep you and still no a clear step by step strategy that answers your investing questions like – what to buy, how much & how often?

Maybe you’ve just been busy and you said you’d get to it later when you could give it your full attention. But then your ‘later’ turned in 3 years later and you still haven’t opened the 401k or account.

Maybe you’ve opened the account and picked a few investments, but you aren’t sure if it’s going to work, if you’re contributing enough and what else you need to do to secure your future.

Or maybe you tried to get professional help, but got dissed. And after being told you don’t have the necessary $500,000 investable asset minimum to be a client, you’re now back to square one. Thinking …

IT SHOULDN’T BE THIS HARD! And you’re right. It’s not.

Truth is, investing is more accessible NOW than ever before in history.
But here’s the problem…
Investing is still confusing and intimidating for a lot of women
Why? Because nobody taught us this!
Believe me, I get it. 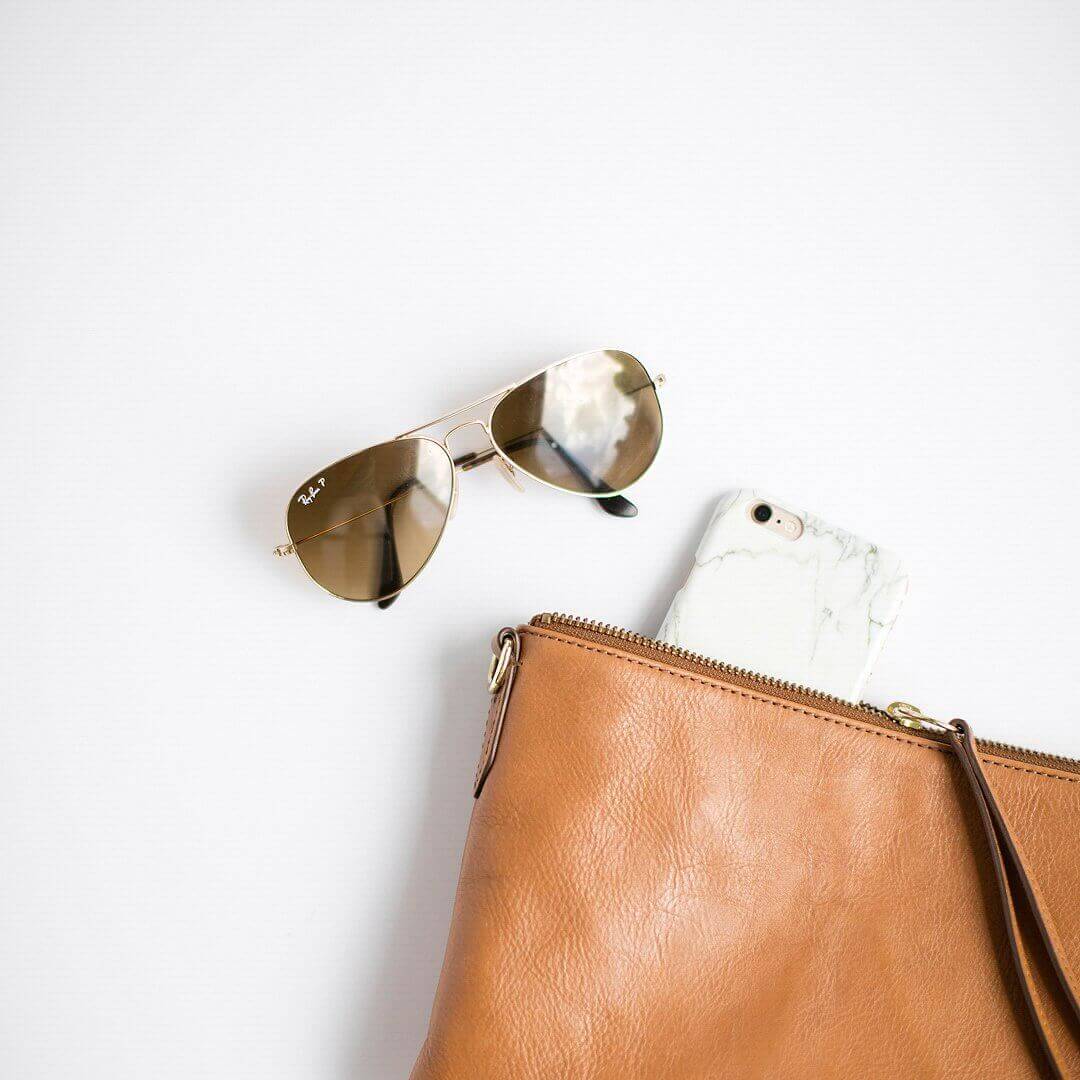 There was a workshop that would tell you all you need to know in ‘normal people’ language that was easy to understand? 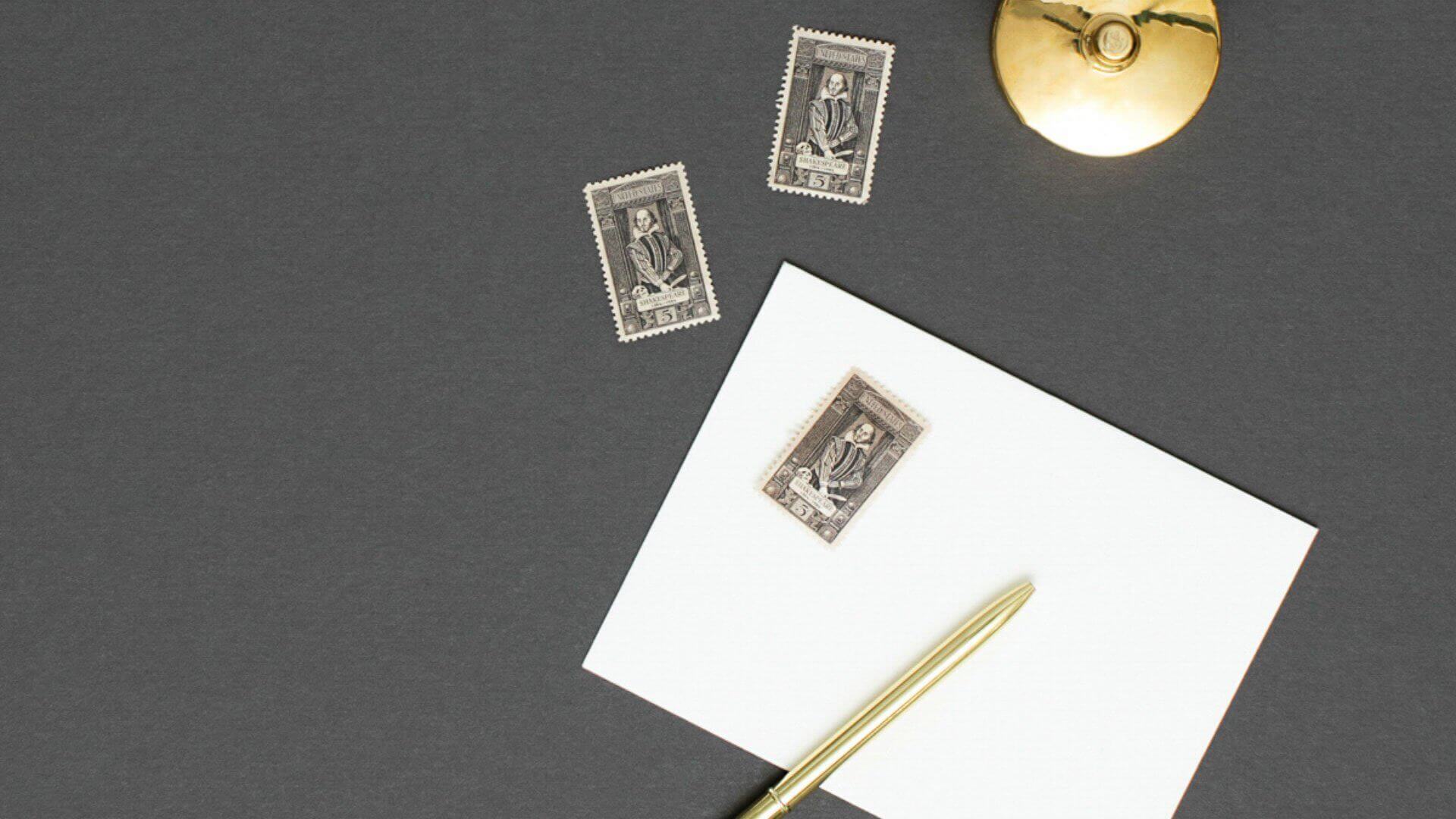 You could invest your money with confidence!
not tossed by the talking heads or scared you missed out.
You’d be a confident investHer

I know you can do it, because I teach women how. 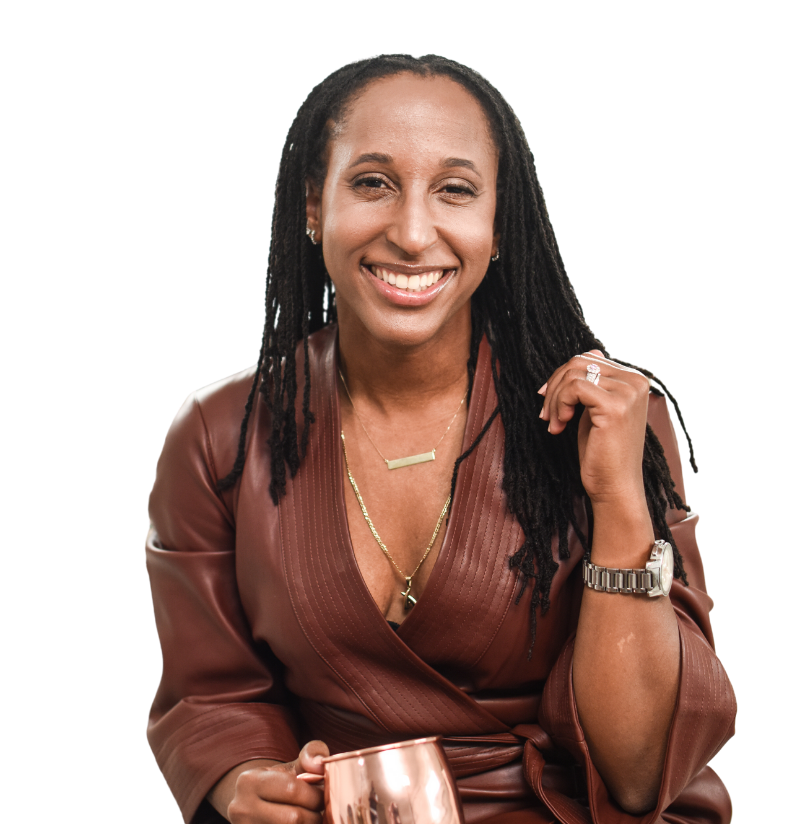 Hi! I’m Your Instructor, Jordanne
I’m a Certified Financial Educator and Transformational Finance Coach, who has been featured on Good Morning America, CNBC and the Huff Post. I’m the founder of Wise Money Women, a company which helps women achieve unshakeable confidence, undeniable peace and unbeatable freedom as they align, optimize and grow their money.
And I’m the best person to talk to you about
investing because I’m a lot like you
I get the fear and anxiety that comes with putting your money where there is ANY risk of losing it. I’ve felt the overwhelm of trying to research how to invest and being confronted with so many contradictory information that I couldn’t even start. I’ve also sought help from ‘financial professionals’ and gotten bombarded with condescending comments, jargon and terms that made me feel like a dumb illiterate for not knowing them. And I’ve gone from not investing a single dollar to now being on track to have a $10+ million dollar nest egg– and building generational wealth for years to come.

Once Unlocked, The Confident InvestHer Will Help You: 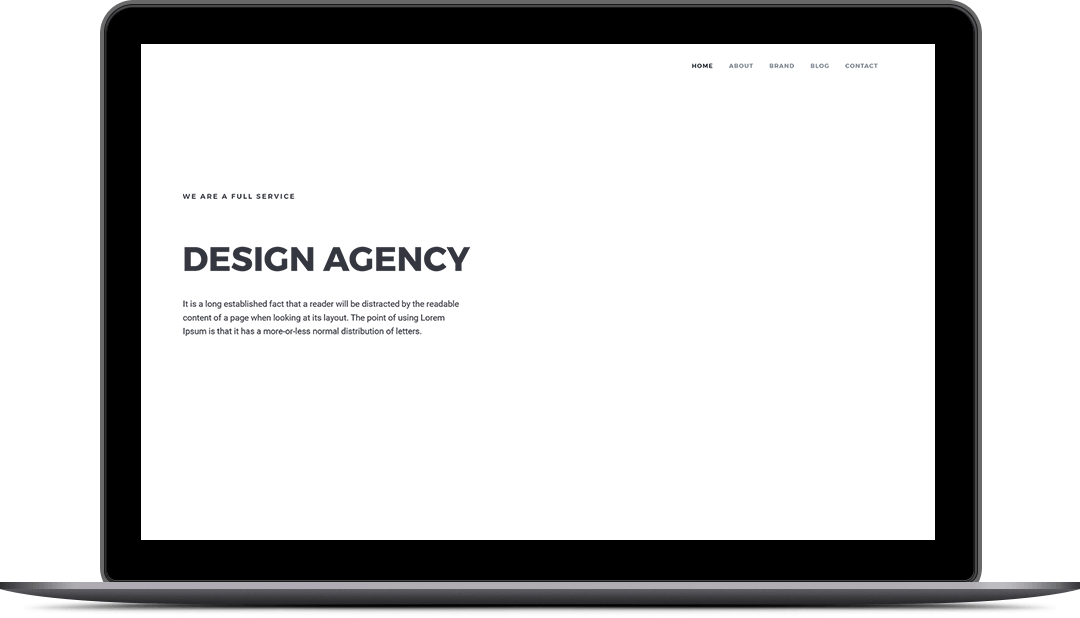 A ‘How To’ Action Guide

This program helps you create, and implement your customized investment strategy that will fuel your dreams and turn you into a successful investor.

The Wise Money Women Facebook community provides a place to get answers to the questions you’ve been scared to ask, share wins and tips to stay on track.

You have lifetime access to all the program documents to revist the investing details for further learning or as your goals change.
You’ll Learn:
01
How to Build A Foundation for Confident Investing
In this module we give you exact blueprint of what you can expect from the course, so you are ready to take action right from the beginning
02
The Lifestyle of A Confident InvestHer
In this module we discuss the 5 pillars you’ll build your investment strategy on to ensure financial success in any situation. We start cultivating your investher mindset
03
The Essentials of Investing
This module is created to help you think like a Confident InvestHer, how the stock market works, actually opening and funding your account.
04

How To Create Your 7 Figure Portfolio

This is where you build the portfolio that will fuel your goals and create the lifestyle you want. You’ll have confidence to skillfully in picking the investments right for you that can grow into 7 figures and beyond
05

The Keeping Your Money Machine Working module, teaches you the strategies and habits to effortlessly manage your investments in just a few hours a year.
06
Recession Proof Your Investment: What To Do in A Down Market
Your game plan for exactly what to do with a market slow or recession happens and why you don’t need to panic. You’ll learn how to preprare yourself to take advantage of the opportunities available during a downturn
07

And Finally, How Put it All Together So You Feel Confident in Investing

This modules brings all the concepts and lessons together so you can prioritize your goals, start investing, care and feed your portofilio and pivot as needed if your goals and plans change
All the skills you need to simply and confidently invest your money
Just a click away!
THE INVESTMENT
$97
I'm Ready, Sign Me Up!

Plus, when You Take Action Today,
You’ll Also Get These Bonuses…
Read More
Who is The Confident InvestHer Good For?
This program is perfect for you if:
✔️ You know investing is important, but you have NO IDEA how to start

✔️ You are already investing in an employer’s program but you want to do more.

✔️ You want an investment strategy that you can feel confident can give you the lifestyle you want.

✔️ You want to build generational wealth for you and your family

✔️ You feel nervous or intimidated about investing and instead, want to feel confident that you’re doing the right thing for your future

This program is NOT for you if:

❌ You want to learn how to swing trade, day trade etc for income.
This program teaches you long-term, low risk, strategies to passively wealth-building.

❌ You already have a large investment portfolio and are looking for more advanced strategies like options trading, commodities investing etc.

❌ You’re looking for complex investment strategies.
This program teaches a simple way to invest that allows you to still live the life you want without obsessing about investing.

❌ You’re looking for hot stock picks or meme stocks like GameStop so you can turn it around quick for wins.
That isn’t investing, it’s gambling.
And while can be exciting, it’s risky and can be unpredictable. This program focuses on investing to reduce your risk and stress while growing your money steadily.

❌ You’re looking to learn about deep technical analysis of stocks.
This program focuses on teaching you strategies which don’t require chart reading, active stock watching etc. so you can focus on the important things in life while building wealth.

Why Do I Need This Course? There’re TONS of Books on Investing for Free.

01
Takes a 360-degree approach in its content
Most investing courses focus mainly on the tactical aspects of investing, like understanding the difference between stocks and bonds, etc.

However, the Confident InvestHER program goes above and beyond that and takes a 360-degree approach in its content.

It also covers the fundamentals of creating an investing strategy, like things to do before you start investing, prioritizing goals, developing the right mindset for success, addressing the fears and anxieties of investing, providing science backed exercises and behavior changes that increases confidence, automating actions, etc.

These aspects of investing are hardly covered in other similar courses and people (especially women) regularly struggle with. The course meets you where you are and gets you to investing based on your personality and preferences.

02
Packed with Action Plans and Resources
The Confident InvestHER course covers launch plans, execution guides and templates for all sorts of marketing strategies and digital products.

The bonus sections are packed with actionable resources, and that gives you step-by-step plans for specific goals, like investing for kids, building a portfolio that creates passive income, or what to do when the market goes bad etc.

Moreover, all the modules come with workbooks and step-by-step procedures, making it easier for you to quickly take action.

I'm a total beginner, is the confident investher right for me?

Absolutely! This program offers sound investing principles and helps you to step by step, confidently create an investment srtategy that works for you whether you’re a totally newbie or a beginner with some investing experience already.

How Long Do I Have Access To The Program?

Forever. You have lifetime access to the program. All the updates, additions and bonuses are yours to enjoy forever so you can come back and refresh if ever you need to.

How Long Does It Take To Complete The Program?

The program is divided up into 7 modules and the lessons are further divided up to make each one bite-sized and actionable. In total, the video instruction is approximately 4.5 hours. But there’s also summary notes, additional resources and assignemtns to complete you personalized investment strategy. So the time to complete the program is completely up to you.

I Invest With My Employer-Sponsored Plan, Do I Still Need This?

Investing with your employer-sponsored plan is a great start, BUT, it’s so important that you understand exactly what you’re investing in there- for retirement.

Life happens while we are making plans. While your investments might be ear-marked for retirement at 65, you might want to retire early, or might need funds for a new goal not to mention your employer might not have the best investment options avaiable to you.

This program will teach you how to evaluate your employer plan and how to invest outside of that plan if and when you’re ready.

What If I Don't Live in The US Will This Still Help Me?

Yes it will! While some discussions are US specific (see instructions regarding retirement accounts like the 401k etc) the investing principles and strategies taught in the program is beneficial regardless of where you live or invest.

Due to the nature of digital access, there are no refunds. However, if you have questions about the program or need help then feel free to contact us
Don't See Your Question? Ask it Here.
Here’s the hard truth no one’s talking about…
You won’t be able to retire if you don’t invest
01. Barely anyone is giving pensions anymore so you can forget that,. And even if they did, with rising costs it’s unlikely to be enoguh.
02. The government isn’t going to help. Social security will likely be lowered, and most people can’t live on the $1500 they get a month now.
03. And your savings account isn’t going to grow you the millions you need while it’s returning pennies on your hard earned money.
Bottom Line: If your money isn’t working hard for you, then you’ll be working hard … until you die.
Read More
It’s time to make an investment in your future and learn the skills you need to invest your money well…
I'm Ready!